For those who don't know about Amarok, Amarok 2 is the free cross platform music player, with support for album art, lyrics, Wikipedia and last.fm integration.

Amarok 2 is not out yet as it is going to be released with KDE 4.2 sometime in January 2009 before KDE 4.2 :) in 1 to 3 months, Amarok team released beta 2 few days ago, Amarok 2 is cross platform i.e. available for Mac, Windows & Linux (:D). As my Arch installation was screwed up so I'm on Kubuntu, they have a nice repository to try nightly builds of Amarok/KDE4 (project neon), following screenshots are bit old as they are taken from my Arch Installation.

the best feature I like about Amarok2 is Dynamic Playlist.

for collection and statistics it uses MySQL embedded

Lyrics script fetches lyrics as soon as you play the song 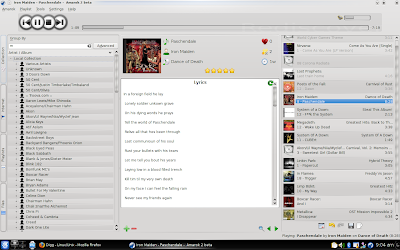 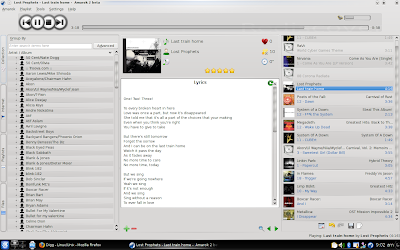 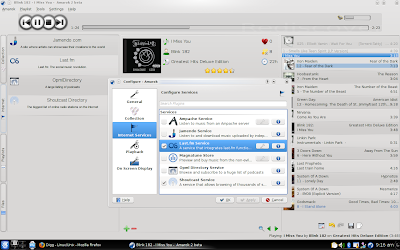 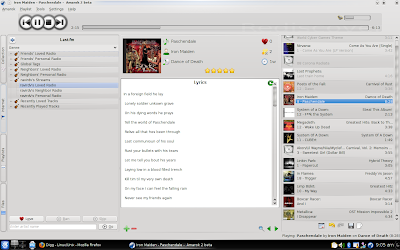 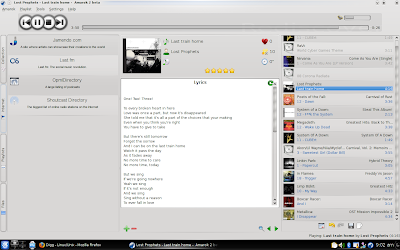 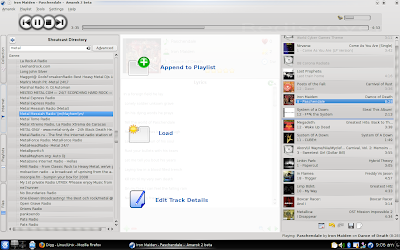 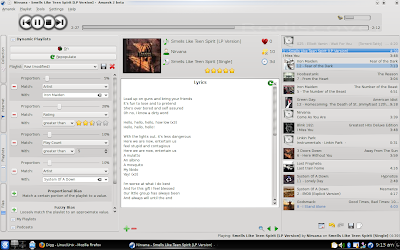 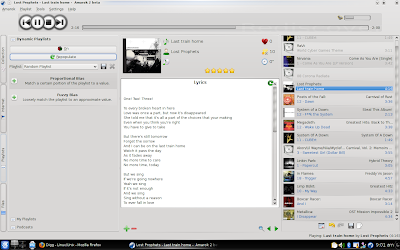 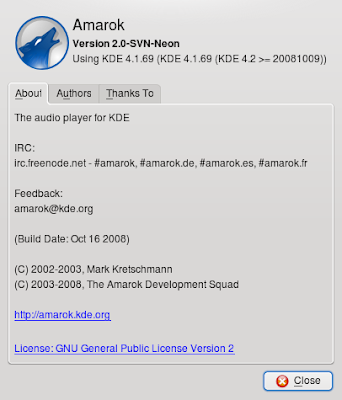 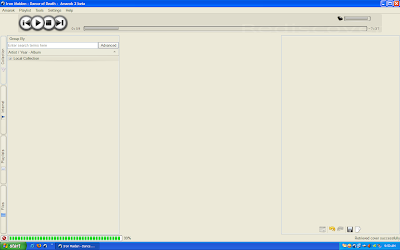 working pretty good, no problems encountered so far.. taking in mind the beta state of this software, it works very well! 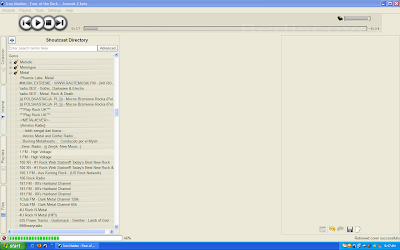 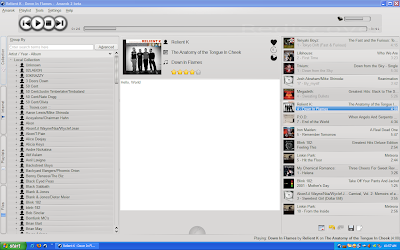 surely it lacks many features compared to Amarok 1.4 but Amarok 2 looks promising and there are many unique features that makes Amarok 2 users special ;)

nightrose said…
Thank you very much for the nice review. We are doing our best to make Amarok 2 the best piece of software out there and reading nice reviews certainly helps us stay motivated :)

Just a small correction: We are releasing independent of the main KDE programs. This means we are very likely to publish Amarok 2.0 before KDE 4.2. Likely sometime in the next 1 to 3 months.

HyperDUDe said…
thx for your comment nightrose, i've corrected that part :) just cant wait for final release!! once again thx for the best music player out there!! just cant live without Amarok :P
October 20, 2008 at 7:15 PM

ggrabler said…
You actually succeeded breaking Arch?
I couldn't in the past 5 years now.

Anyway, a nice preview. I always used to like JuK better, and probably also will in the future. Amarok is a great project, it just has so many features that I get confused using it.

But with Amarok2 closing it's release, it's probably time to take a look again. The last version I had was simply not usable at all (due to the reason that it didn't even start - what's quite a while ago).
November 6, 2008 at 10:20 PM

Hello everyone!! this is my first screencast... waiting for comments =)